Apple Watch Series 3: Is It Worth $10 Per Month For The Data? 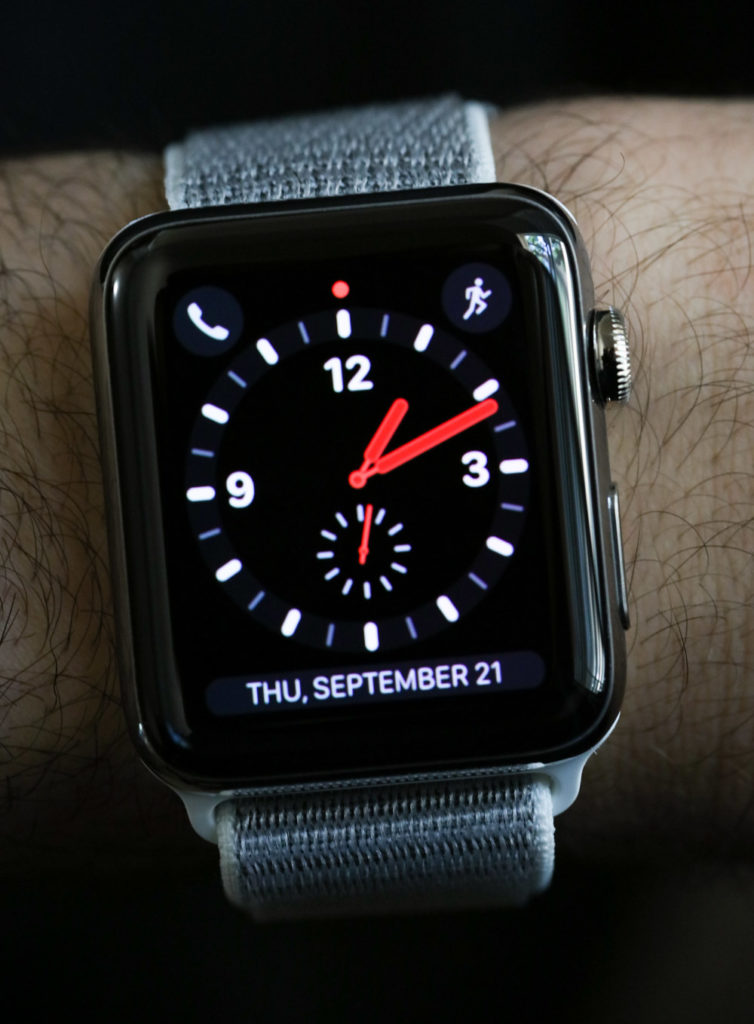 The Apple Watch Series 3 ushers in a new era of independence for the world’s most popular smartwatch device as it no longer needs to be tethered to a smartphone via Bluetooth in order to fully function. Apple included a direct-to-mobile-network-connection system in the Apple watch that speaks to your mobile carrier in the same way your mobile phone does, using an eSim inside of the Apple Watch Series 3 for LTE communications.

I was traveling in Switzerland during Apple’s September 12, 2017 Apple Watch Series 3 launch event, but a quick trip to Cupertino’s new Apple Park headquarters gave aBlogtoWatch the opportunity to get an inside look at this game-changing smartwatch device which should ultimately delight consumers (though after a period of adjustment and experience related to the new functionality promises of the latest Apple Watch). 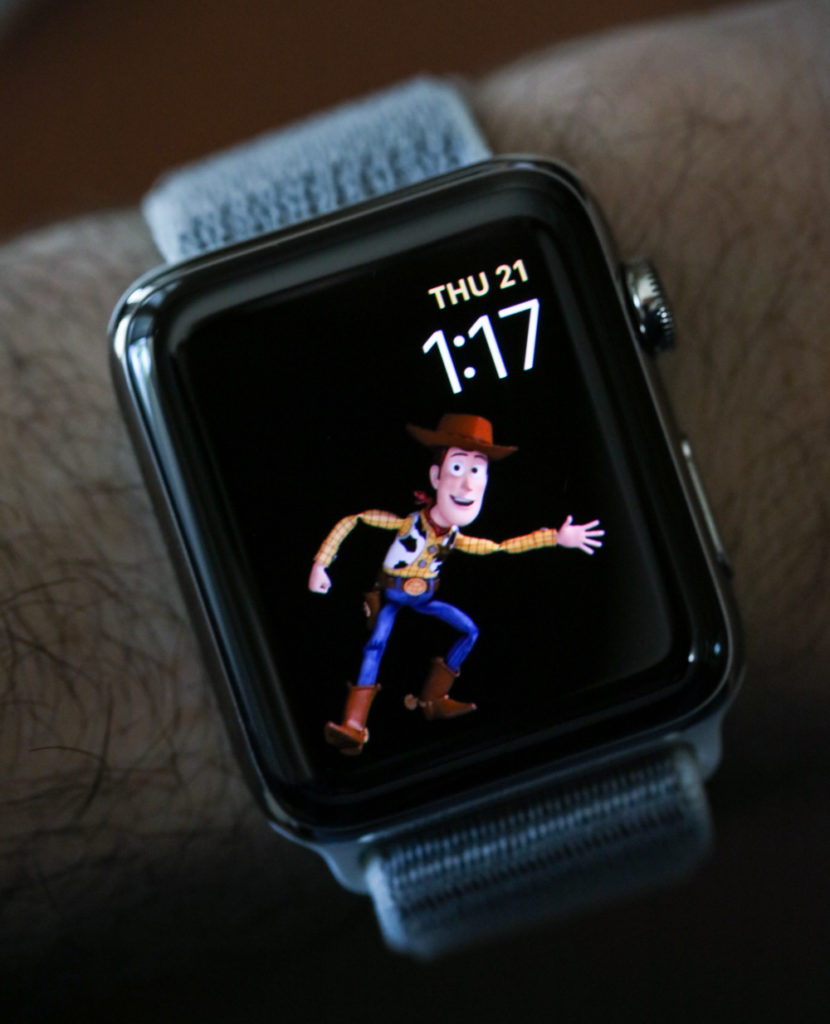 Now for the tough part. The Apple Watch Series 3 isn’t considered an additional phone line, since it uses the same phone number as your paired iPhone. You still need an iPhone to set up the Apple Watch and perform some tasks. With that said, most everything people want to do with their Apple Watch on a daily basis is easily done without your iPhone being in range of the Apple Watch, since the watch uses WiFi, LTE, GPS, and Bluetooth to communicate with the world around it. The possibilities this makes available for users is exciting. While Apple isn’t the first company to produce a mobile phone-independent smartwatch, its adoption of the functionality more or less communicates to the mainstream public that moving forward, a smartwatch should not be considered a mere accessory to a mobile phone. 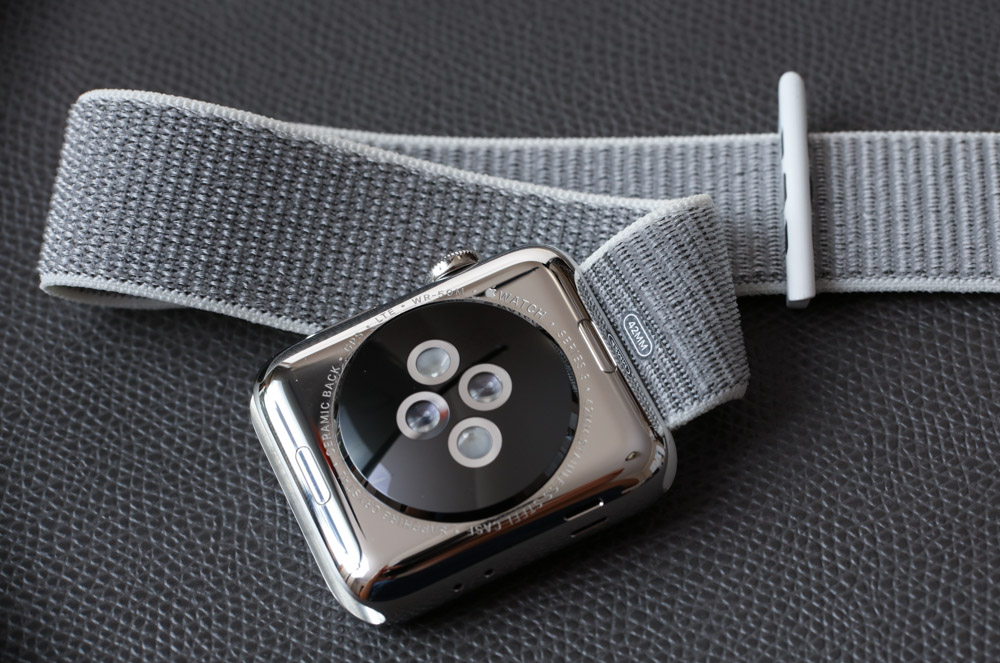 The privilege of having your watch speak to a mobile network isn’t free, which isn’t surprising but will prove to be a bit controversial since consumers tend to be fatigued with ongoing new monthly bills. While prices will vary by carrier, as well as around the world, at least in the United States the average price per month for your Apple Watch Series 3 to connect to your mobile network and have a data plan is $10 per month. 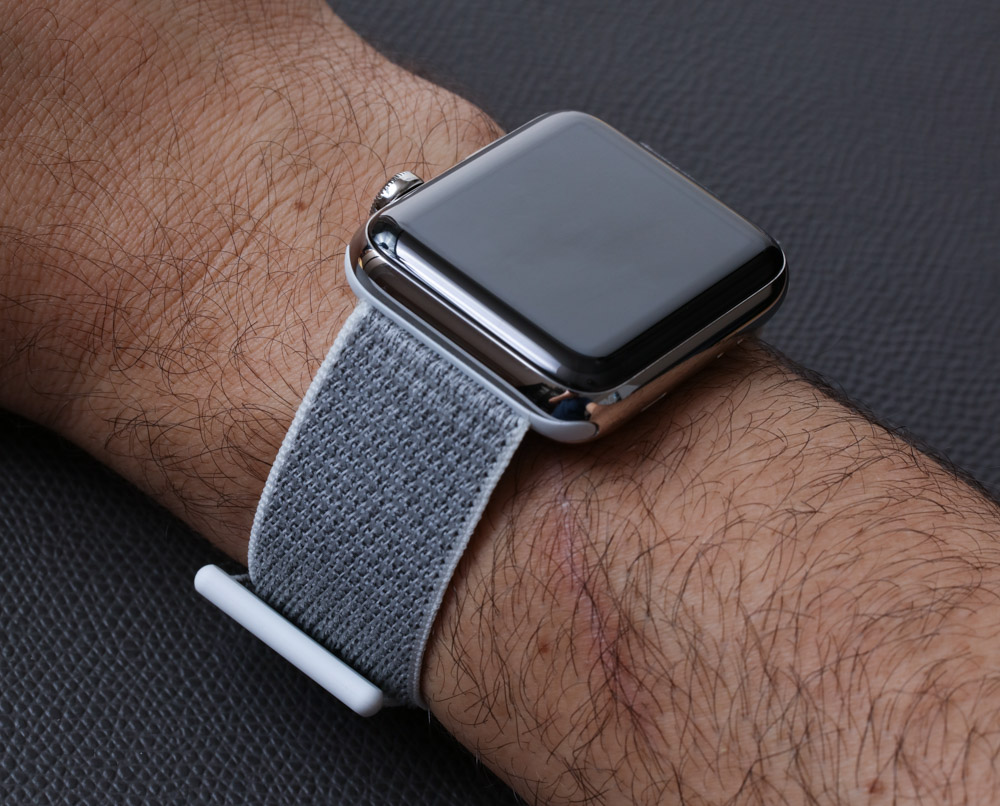 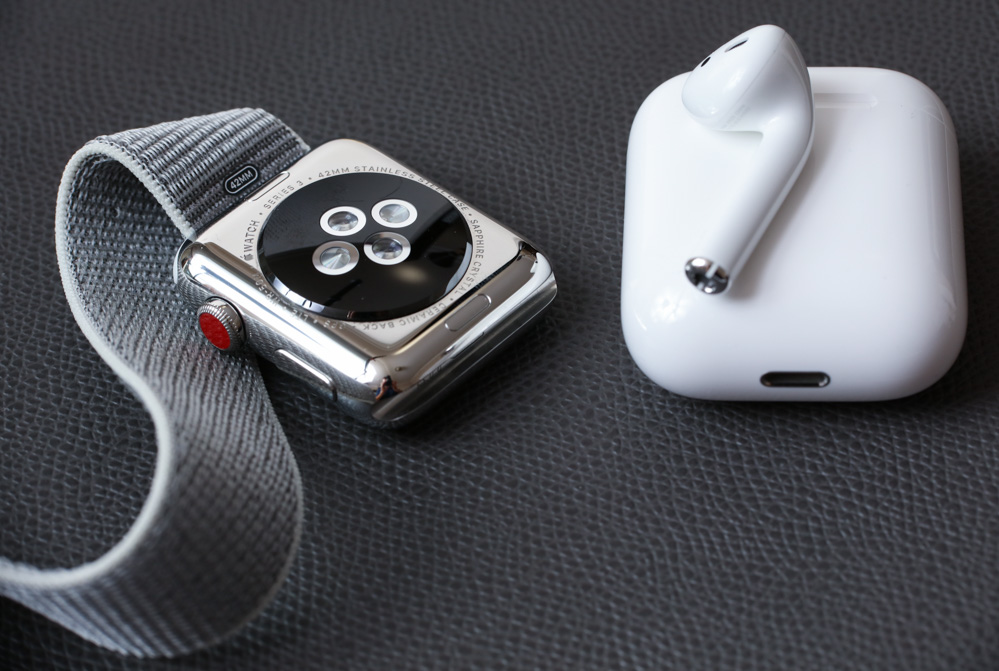 I’m not a mobile network specialist, but I do think that it could have been technically possible for these carriers to simply allow consumers to have a choice. Either the Apple Watch Series 3 with LTE “borrows” from your phone’s existing data plan, or you can supplement your data plan with additional data to support your watch’s information needs. Rather than go this route by allowing the price hit to be less for users, the mobile network carriers saw the Apple Watch Series 3 as a new revenue source, and proceeded to put a toll in place for users. 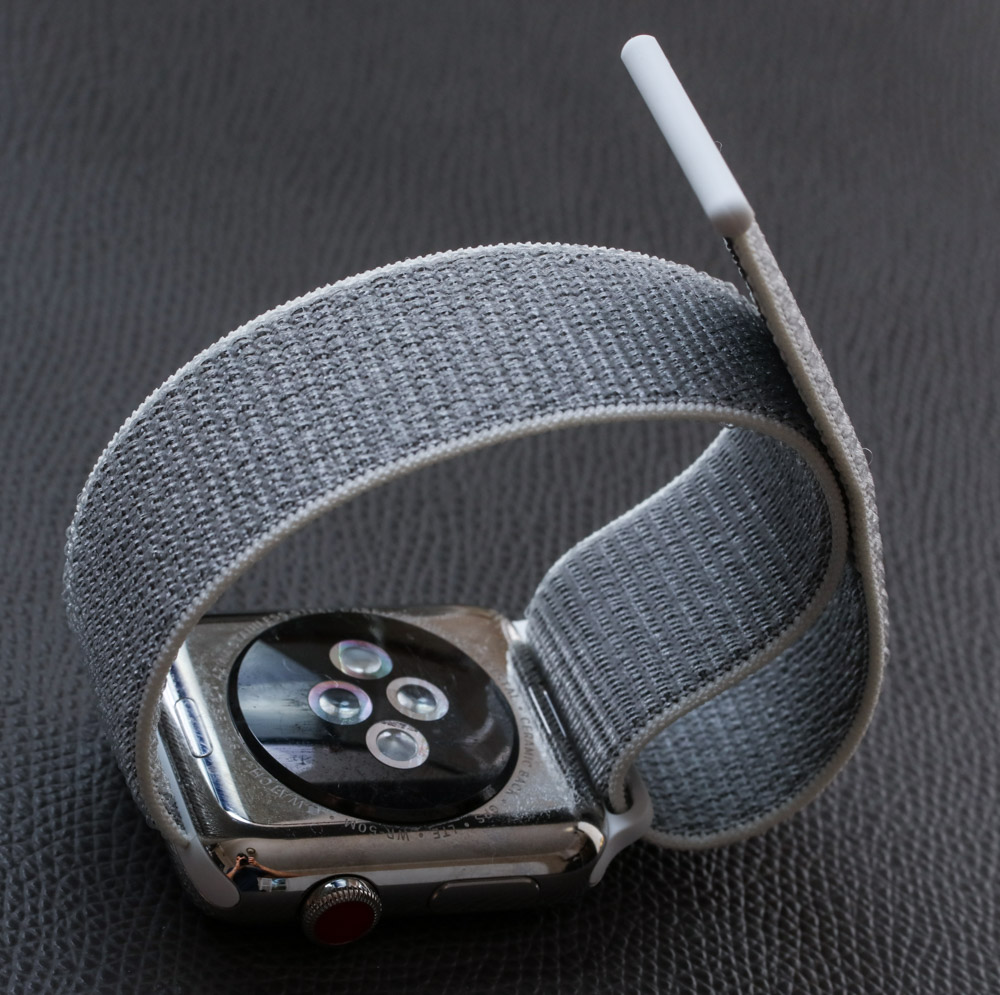 In this scenario, Apple is in a sense put in a precarious situation between the carriers it works closely with, and its consumers. No doubt Apple would have been more than happy to report to consumers that having an LTE-connected Apple Watch didn’t cost them anything extra. Carriers are now used to their customers adding supplementary data plans on their main account to support a slew of non-phone devices which use mobile network data. Apple users will of course think of iPads, which have models capable of speaking directly to mobile networks. With that said, I am pretty sure that data I saw indicated most iPad users prefer connecting it via WiFi rather than LTE. 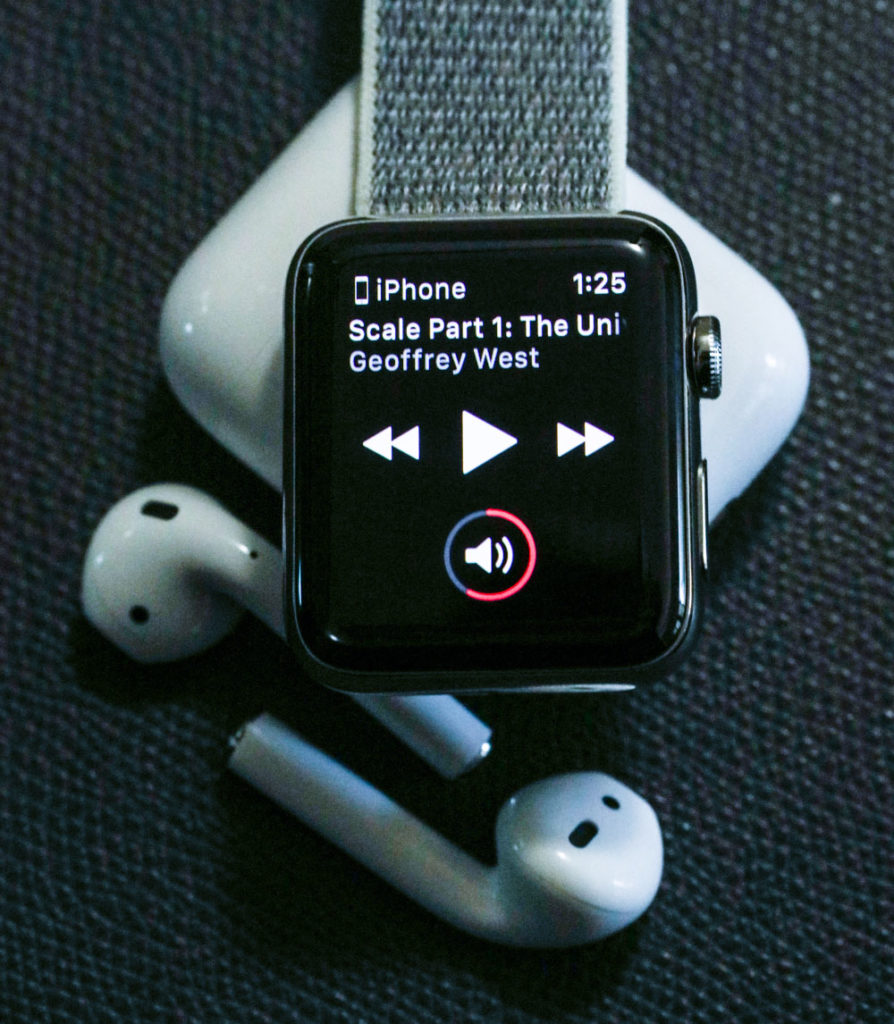 Consumers Will Allow New Costs To Justify Themselves

The Apple Watch, however, is something very different than an iPad, and possibly presents a better case than most devices for adding a supplemental data plan to your already existing monthly data. If you use an Apple Watch Series 3 as the people at Apple intend, you’ll be making good use of that supplemental data each month for things such as music, maps, and messaging while you are taking a break from having devices in your pockets. The utility of a phone-free smartwatch is real, but the question is how long will it take consumers to realize it? 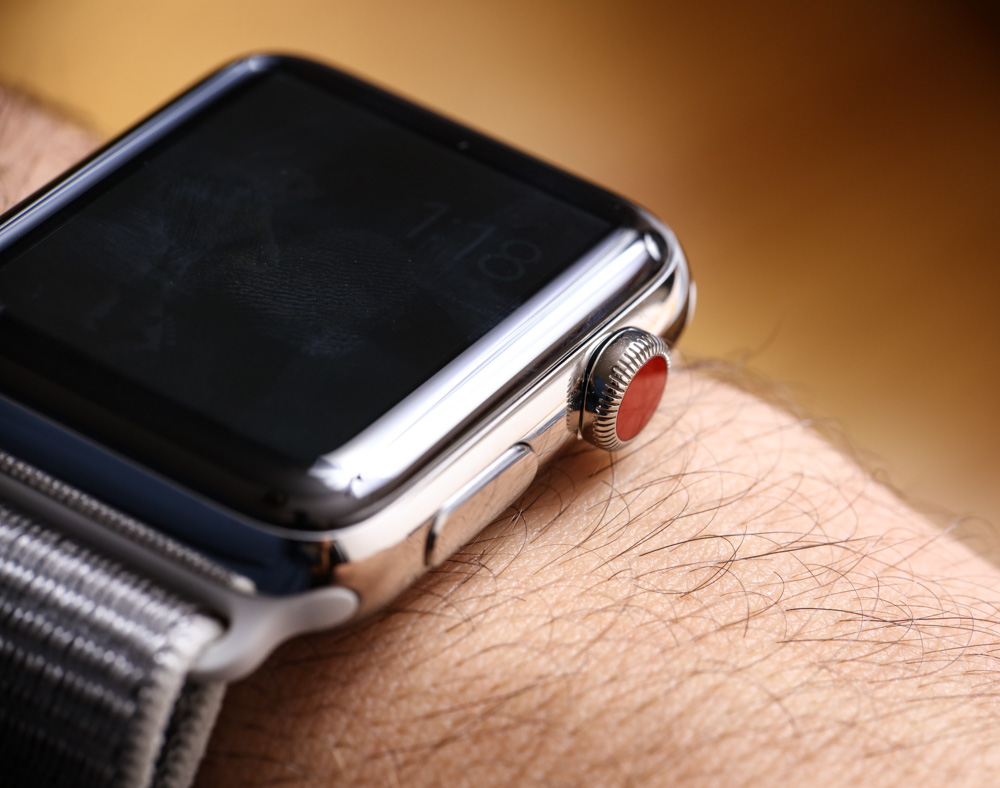 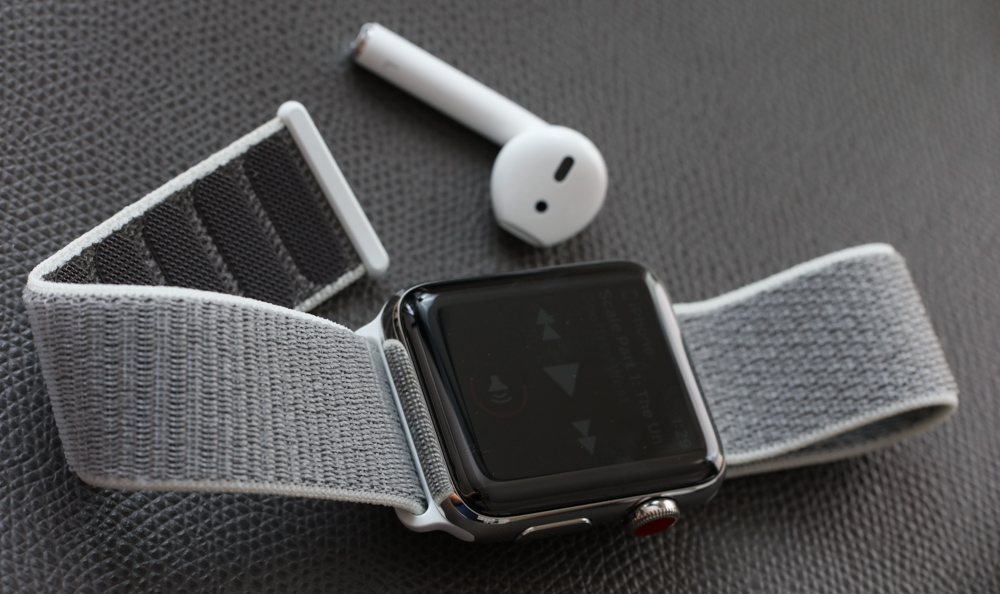 I don’t think it would be unfair to characterize most consumers as being practical when it comes to ongoing monthly bills for things such as data. Your typical person will likely not realize that the Apple Watch Series 3 has an additional data charge prior to purchasing one. Once faced with $10 more per month, I have a feeling most consumers will begrudgingly agree to the new charges, but with the notion in their mind that Apple, the Apple Watch, and their mobile network carrier will have to prove the utility is there after at least a few months of use. 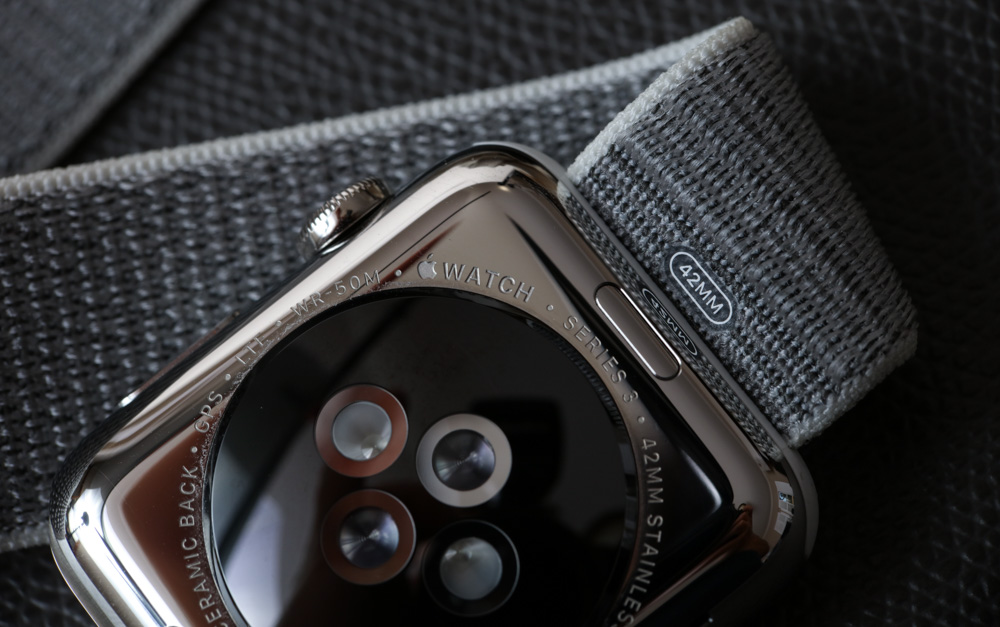 Many tech journalists out there aren’t too happy with the fact that the Apple Watch Series 3 requires more money to do what they feel is mostly what previous generation Apple Watches did while connected with your phone. The value of having a phone-independent Apple Watch has been characterized as “intermittent,” which for many consumers these days is likely accurate. Such an outlook brings up a good point because outside of things such as bathing and exercising, most people have their phones on them all the time. What are all these situations that an LTE-connected smartwatch now makes better or possible, that were not entirely possible when the watch needed to be connected to your phone? 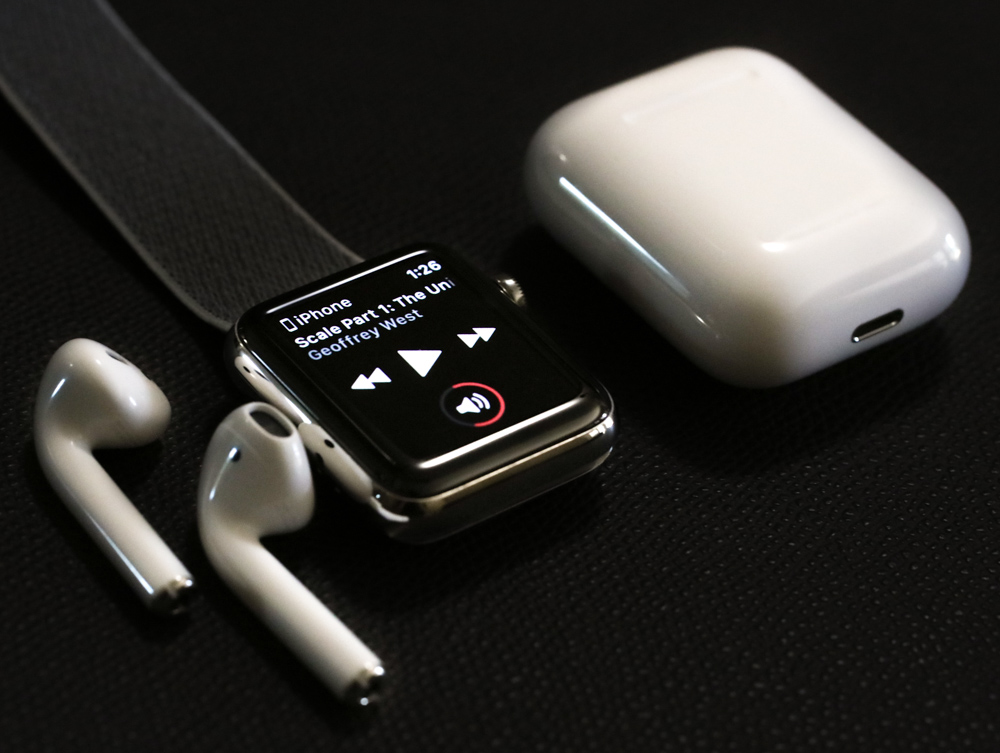 Apple in a sense has a responsibility for helping to prove the value of the Apple Watch Series 3’s new costs – over the first few months consumers face them. It could take three, six, or even twelve months before most consumers seriously ask themselves, is this $10 per month fee even necessary?

Looking into the future, we can see this situation unraveling in a few different ways. In my opinion, the least likely scenario is that LTE-connected smartwatches are a temporary fad, and that consumers not willing to pay extra each month makes them go away in favor of other connectivity options. More likely is that such devices will slowly find more and more reasons for why consumers want to use them, and carriers will respond in one of several ways. 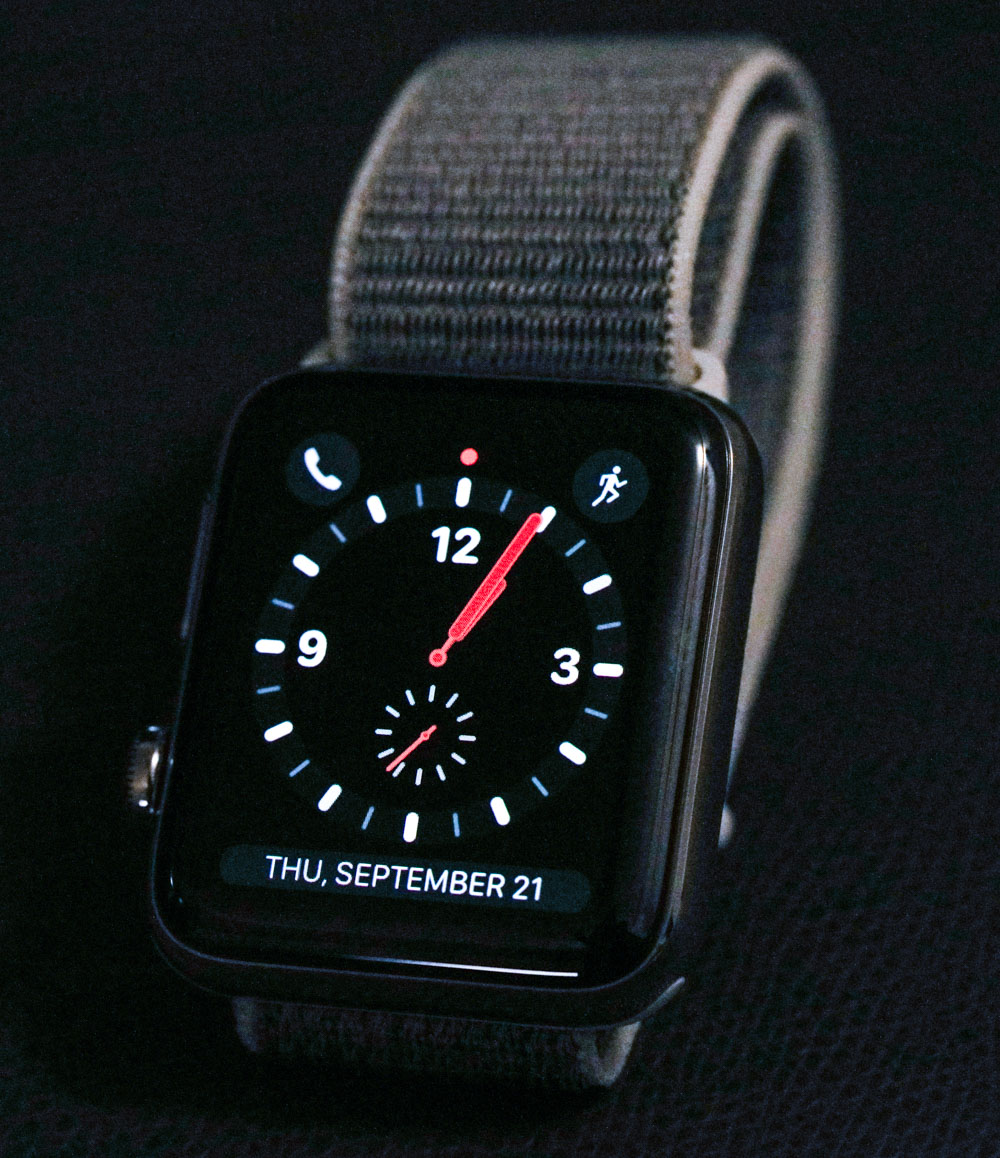 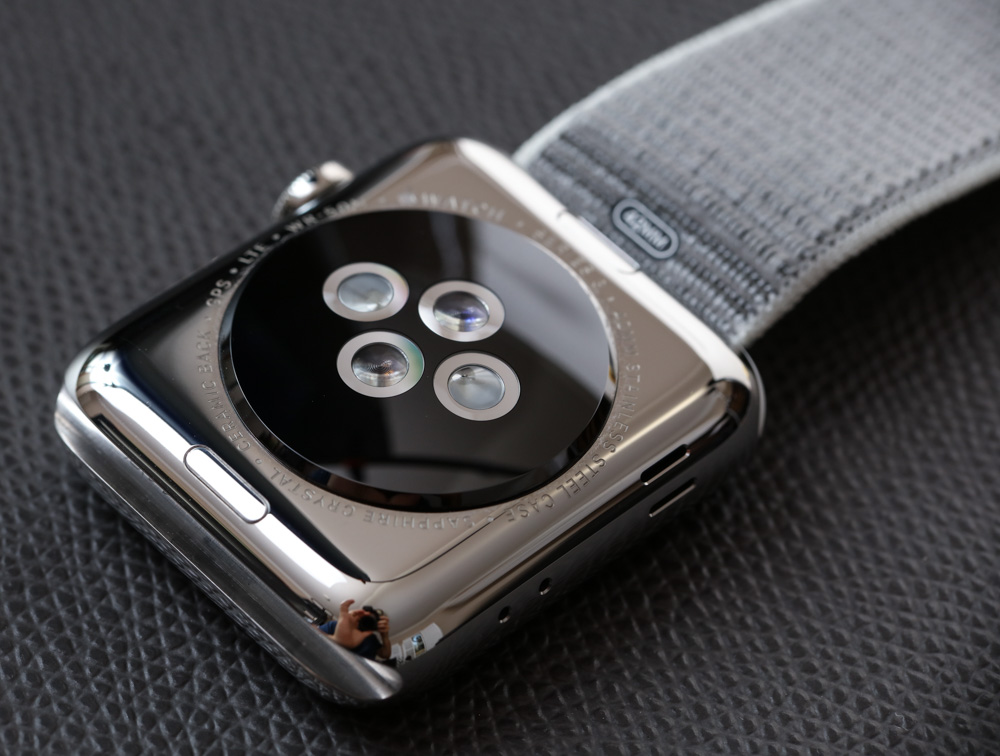 Assuming that the data most users require for their LTE-connected Apple Watch is minimal given “intermittent use,” then carriers might feel comfortable lowering, or outright waiving the extra fees to connect your Apple Watch to your account. It may very well be that a competitive marketplace will simply have your iPhone and Apple Watch share data, since the actual network costs per user might be minimal. 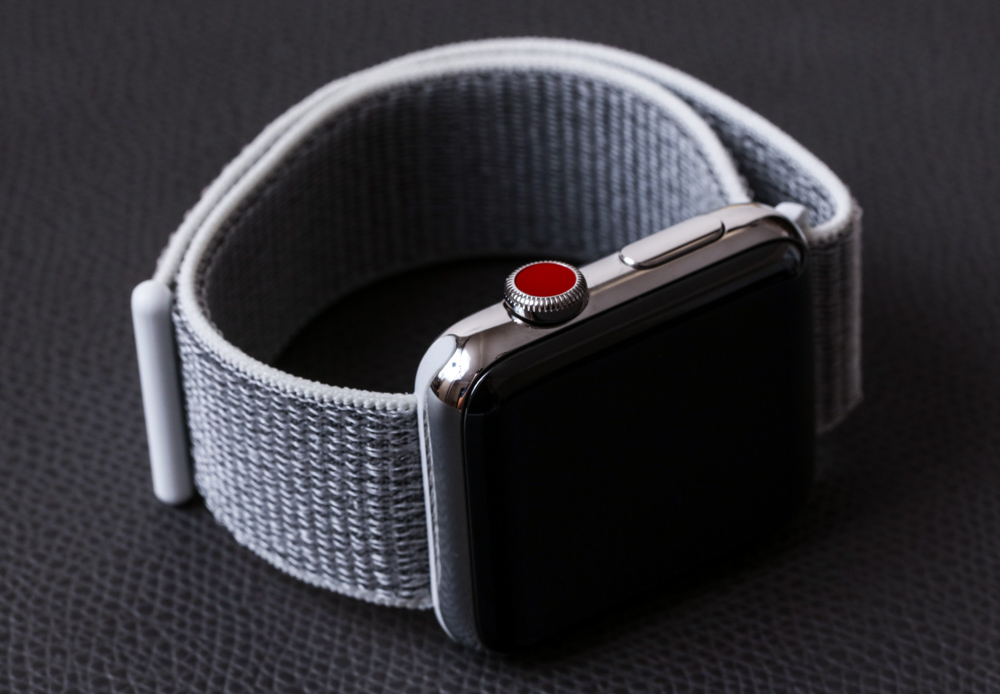 Another scenario is that wearers of LTE-connected Apple Watches and other devices do start to use a lot of data for a variety of tasks away from their smartphones. If this becomes true, and the data use is more than simply background data collection transparent to the user, then fees associated with Apple Watch mobile network data will remain. In this scenario, consumers are likely to be okay with the supplementary data costs because their experiences with a mobile network-connected smartwatch include the benefits of that data. 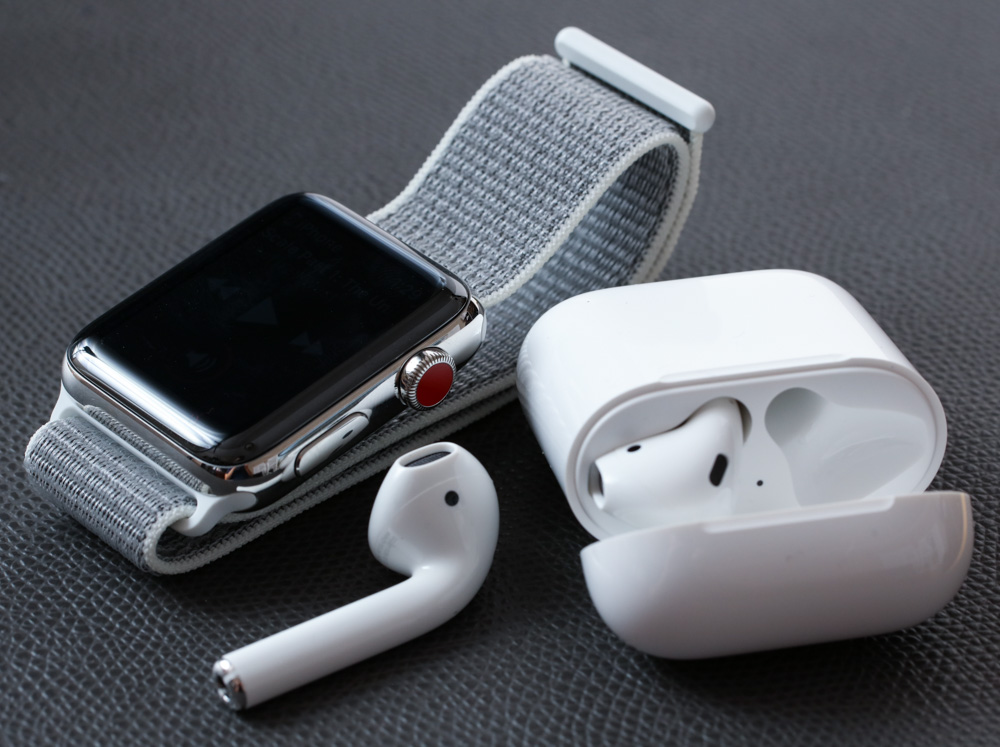 What Can Apple Watch Do, For You?

Now comes the good question of exactly how the Apple Watch Series 3 will justify its new data costs. Apple offers a few hints at what consumers will come to love from a phone-independent Apple Watch, but its suggestions are mushy at best for many consumers who simply want their tech toys to covertly make their lives better without additional effort. Is the Apple Watch a device which can simplify your life, offer you more reasons to interact with technology, or simply prove to be a fun, albeit not strictly necessary new piece of entertainment? Only time will tell. 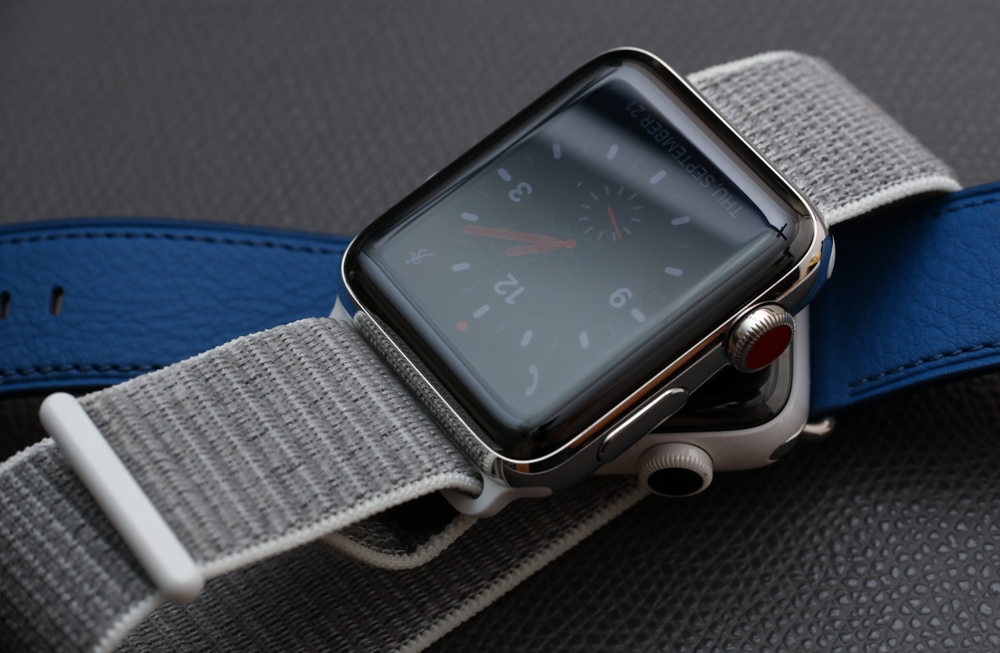 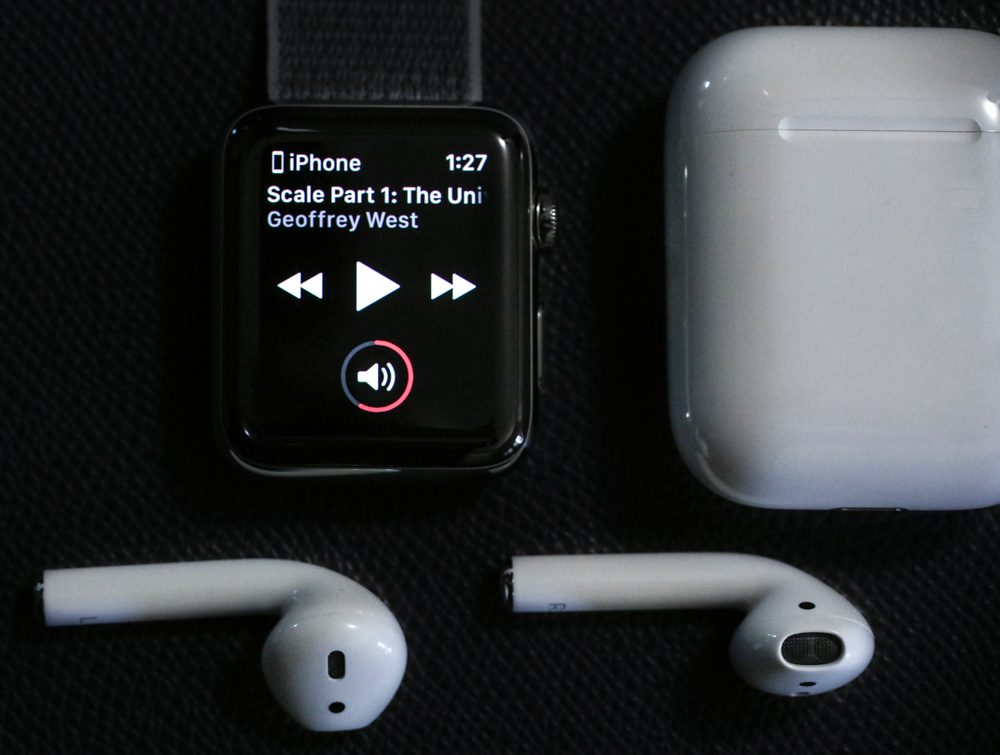 Technology has in many instances made consumer lives progressively more convenient for over 100 years. It has allowed many consumers to reasonably form the expectation that new technology toys will save them time, not ask for more of it. In an era when mobile devices have threatened to soak up all of our free time and even idle attention with endless social media content and notifications, what type of attention bandwidth is even available for a new gadget with its own new world of attention-requiring possibilities?